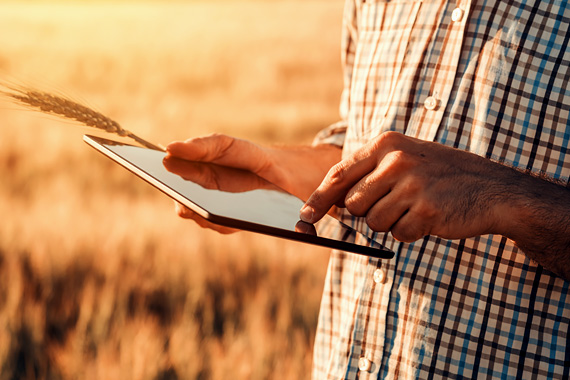 REDMOND, WA (November 8, 2018) — On Thursday, Native Network and Microsoft Corp. announced a new agreement to provide broadband internet access to approximately 73,500 unserved people in rural communities in Washington and Montana. The partnership is part of the Microsoft Airband Initiative, which aims to extend broadband access to 2 million people in unserved portions of rural America by July 4, 2022.

Through the partnership, Native Network will provide affordable, hybrid, fixed-wireless broadband internet access, including TV White Spaces, to tribes within Flathead Reservation in Montana as well as Lummi Nation and Swinomish Tribe in Washington.

“Broadband is the electricity of the 21st century and is critical for farmers, small-business owners, health-care practitioners, educators and students to thrive in today’s digital economy,” said Microsoft President Brad Smith. “The partnership with Native Network will help close the digital divide in rural Montana and Washington, bringing access to approximately 73,500 people within and around the tribal communities.”

“We are thrilled that Microsoft’s goals align with Native Network’s, which was formed in 2015 to work exclusively on telecom and technology projects in Indian country with a recent emphasis on distribution networks for internet access in unserved and underserved markets,” said Jenny Rickel, Native Network co-founder and chief operating officer.

This partnership between Microsoft and Native Network will complement efforts from Governor Inslee in Washington and Governor Bullock in Montana to expand broadband access in the states. Governors in both states have offered strong support for closing the rural broadband gap in the U.S.:

Washington Gov. Jay Inslee said, “As governor of a state that is home to an incredible number of world-class companies and startups, I see every day all the ways that technology is transforming every job, every company and every industry. The internet, in particular, is changing the way we access health care, education, job opportunities and more, yet millions of Americans living in rural areas still lack access. As we work to close the digital divide throughout Washington state, I applaud Microsoft’s effort to work with Native Network and help bring affordable internet to 73,500 people in Washington and Montana.”

Montana Gov. Steve Bullock said, “Our Indian nations and all of rural Montana should have the same expectation of wireless connectivity as those living in more urban areas. We’re looking forward to seeing this technology employed in service of some of our most remote citizens and appreciate the hard work of Microsoft in deploying it.”

The Microsoft Airband Initiative is focused on bringing broadband coverage to rural Americans through commercial partnerships and investment in digital skills training for people in the newly connected communities. Proceeds from Airband connectivity projects will be reinvested into the program to expand broadband to more rural areas.

ABOUT MICROSOFT
Microsoft (Nasdaq “MSFT” @microsoft) enables digital transformation for the era of an intelligent cloud and an intelligent edge. Its mission is to empower every person and every organization on the planet to achieve more. www.microsoft.com

For more information, press only:
Microsoft Media Relations, WE Communications for Microsoft, (425) 638-7777,
rrt@we-worldwide.com